Level Up: The Marketer's Guide to In-Game Advertising

Gaming in the 2020s is much more than plumbers and hedgehogs – it’s a thriving industry, numbering billions of players and generating billions of dollars in sales across devices, games, and in-app purchases. For marketers, that spells opportunity, and it’s this opportunity which is driving the in-game advertising boom.

What is in-game advertising (IGA)?

In-game advertising, or IGA, is a burgeoning form of digital advertising in which ad creative is displayed natively within video games. 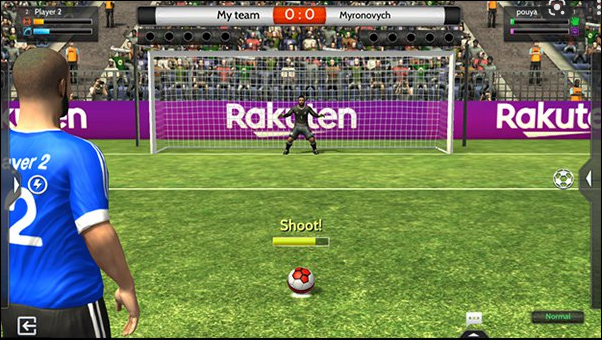 Similar to the types of billboards or banners you might see at real-world sporting events, the goal of IGA is to populate virtual spaces with relevant, integrated advertising in front of a captive audience. Importantly, in-game advertising doesn’t disrupt the user with banner or video creatives, but instead blends in with the virtual environment. With industry chatter about the metaverse and VR gaining traction, now is the time for brands and advertisers to get serious about IGA.

In-game advertising is a growing space, though adoption hasn’t been without its challenges – especially around gamer acceptance of in-game ads. But, with a total market value for both traditional and mobile video games of almost $100 billion, it’s perhaps no surprise that advertisers are turning their attention to virtual worlds like Fortnite and Roblox to tap into these new audiences. On top of these market indicators, industry bodies are also moving to regulate the in-game space, as evidenced by the IAB’s recent update of guidelines on the measurement of in-game advertising.

In terms of purely in-game ad types – i.e. those that appear within the video game itself – there are three core functionality options for marketers:

In-app game advertising, by contrast, refers to a range of mobile ad types that traditionally focus on user acquisition, targeting metrics such as ROAS, CPIs, and target CPAs. These are the types of ads you might see within a mobile game – while browsing the game menu, in between rounds, and so on.

The driving forces behind the in-game boom

With almost half of US advertisers looking to increase in-game advertising spend, it’s clear that this space is on the minds of marketers everywhere.

In addition to market sentiment, analysts are predicting a corresponding boost to ad revenues via in-game channels. Current predictions suggest that total revenues from in-game advertising will exceed $17.5 billion by 2030 – with the biggest growth expected in the North American region.

All of this in-game optimism begs a simple question: Why is in-game advertising on the up and up?

The biggest explanation is likely a confluence of two factors: the rise of gaming as a pastime along with improvements to technology enabling more seamless (and less intrusive) in-game advertising.

Growth in gaming has been consistent since its earliest days with the Nintendo Entertainment System in the mid-80s – but this steady incline got a serious boost with the COVID-19 pandemic in 2020. Global lockdowns resulted in an increase of 39% in the time spent gaming globally during 2020, with potential audiences in some geographies seeing an uplift of more than 50% during this time.

Ready player one? Getting started with in-game advertising

Now that you’re familiar with the building blocks of in-game advertising, how can you actually start activating campaigns across this burgeoning channel?

As an emerging advertising format, in-game advertising is currently provided by specialist supply-side partners who are focused on maximizing the efficacy of in-game inventory. Most in-game specialized SSPs will support the IAB standard in-game creative specifications for stadium, racing, and open-world video game environments.

Here are a few examples of in-game SSPs media buyers can activate via BidSwitch right now:

Admix is a fast-growing technology company guiding brands into gaming and the metaverse. The company pioneered “In-Play”, the tools to power the creator economy through non-intrusive product placements for all forms of digital content. Admix is a major investor in and developer of digital real estate, as well as a creator of unique metaverse experiences.

Bidstack is a leading in-game advertising and video game monetization platform. Their aim is to bridge the gap between the interactive entertainment industries and advertisers by enhancing the gaming experience with immersive advertising. Bidstack unlocks gaming as a safe and effective media channel for brands and advertisers, allowing them to engage with a growing and diverse audience.

InMobi is one of the leading independent marketing cloud platforms and aims to drive connections between brands and consumers by leveraging its technology platforms and exclusive access to mobile intelligence. In 2021, InMobi was one of the first mobile in-app exchanges to offer access to high-performing traffic from the world’s leading in-game advertising platforms.

Lemma is one of the largest and fastest growing DOOH platforms and the first end-to-end programmatic DOOH exchange built on the IAB’s OpenRTB standard. By building to this standard, Lemma has enabled multi-channel buyers and suppliers to connect and transact in DOOH without having to modify their platforms or do a custom integration. With this strong foundation, Lemma has now made the natural progression to in-game advertising with their “Virtual Signage” solution.

Want to get a head start on the competition by tapping into in-game inventory through BidSwitch? Just ask your account manager about in-game today or drop us a line.

The State of Programmatic Audio in 2022

Level Up: The Marketer's Guide to In-Game Advertising